I am trying this new to me art form....actually been around for a fairly long time.  I found this video that explains what it means by how thick the paint needs to be, why use a torch and what distance, and other basics that I wondered about.

Enjoy a break from thinking about the holidays and look up something for fun that interests you. 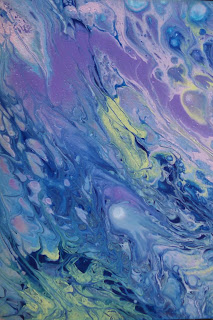 I am a mixture of Elf and the doom and gloom of So it begins.....

I love the holidays but overwhelmed by expectations real and imagined.  I am ace at making myself miserable do to what I think I should do verses what I can actually do.

I post every year about how to cope with the holidays and every year I struggle to get through them.

Here are a few that might be helpful to you:

I learned a few things about myself.  I put the most pressure on me.  I can say No to others that want to add 'chores' that are not of my choosing.  Just because I changed doesn't mean anyone else did.  Accept them where they are at or put distance between us.  A break in the middle of a busy event is helpful.  Playing with grandkids is a great break time for me.  Most importantly plan ahead, have an exit plan, say NO and mean it, reduce other activities.  Choose fun things to do.  For me, if I center my joy in Christ, the rest is just extra to be enjoyed as I wish.

Pep talk over... I think it is more for me than it is for you.  Events started happening for me in October and are not letting up or slowing down until February.  I can do this a bit at a time. 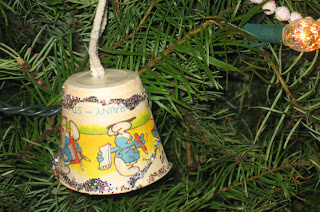 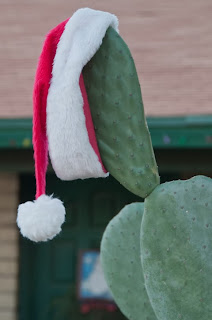 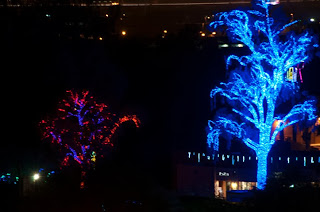 I am glad I took the time to watch it.

This is not for those easily upset about talk about girls being abused.  This is not for those that are offended by swear words.  This is not for those that want abused little girls to grow up to be compliant silent victims.  This is a battle cry from the depths of injustice perpetuated on little girls.  I am a big believer in change and I chose not to use my power to destroy.  However, my counselor made it very clear to me that I had that power.  I needed to decide how I would direct it.  The man that abused me was sent to jail.  Not on my testimony but by the testimony of others that were also abused.  He went to prison in the 1980's when proving child abuse was extremely difficult.  There was sufficient evidence to convict him.  He is dead now but the culture that protected evil doers like him persists.  The young woman in the video talks about the list girls are given a list of things that they cannot do.  I worked at destroying that list.  I worked cleaning and caring for a city park.  I worked as a computer tech for 10 years.  I am good at it.  But I didn't fit the mold of what they expected.  I grew up.  I recognize the fierce rage from being told that what happened to me by cruel boys was "Boys will be boys."  Some how that made it all right to have my hair pulled, hit, purposely frightened for their entertainment.  I recognize the boiling rage that builds from years of staying quiet.  I chose another route.  I work at a school where I have the opportunity to show teenage girls that they can be A+  computer certified.  I talk to the classes about surviving abuse and there is life after an abuser is through with you.  I never confronted the man that went to jail.  But I work to live as if he never existed.

I love this story and someone kindly posted it on FB.

I hired a plumber to help me restore an old farmhouse, and after he had just finished a rough first day on the job: a flat tire made him lose an hour of work, his electric drill quit and his ancient one ton truck refused to start.
While I drove him home, he sat in stony silence. On arriving, he invited me in to meet his family. As we walked toward the front door, he paused briefly at a small tree, touching the tips of the branches with both hands.
When opening the door he underwent an amazing transformation.. His face was wreathed in smiles and he hugged his two small children and gave his wife a kiss.
Afterward he walked me to the car. We passed the tree and my curiosity got the better of me. I asked him about what I had seen him do earlier.
'Oh, that's my trouble tree,' he replied 'I know I can't help having troubles on the job, but one thing's for sure, those troubles don't belong in the house with my wife and the children.. So I just hang them up on the tree every night when I come home and ask God to take care of them. Then in the morning I pick them up again.' 'Funny thing is,' he smiled,' when I come out in the morning to pick 'em up, there aren't nearly as many as I remember hanging up the night before.

Life may not be the party we hoped for, but while we are here we might as well dance. We all need a Tree!
(I didn't create this story, but loved it when I read it and wanted to share) 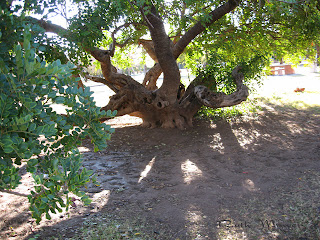 October 31 at 8:37 AM
You always hear the usual stories of pennies on the sidewalk being good luck, gifts from angels, etc. This is the first time I've ever heard this twist on the story. Gives you something to think about.
Several years ago, a friend of mine and her husband were invited to spend the weekend at the husband's employer's home. My friend, Arlene, was nervous about the weekend. The boss was very wealthy, with a fine home on the waterway, and cars costing more than her house.
The first day and evening went well, and Arlene was delighted to have this rare glimpse into how the very wealthy live. The husband's employer was quite generous as a host, and took them to the finest restaurants. Arlene knew she would never have the opportunity to indulge in this kind of extravagance again, so was enjoying herself immensely.
As the three of them were about to enter an exclusive restaurant that evening, the boss was walking slightly ahead of Arlene and her husband.
He stopped suddenly, looking down on the pavement for a long, silent moment..
Arlene wondered if she was supposed to pass him. There was nothing on the ground except a single darkened penny that someone had dropped, and a few cigarette butts. Still silent, the man reached down and picked up the penny.
He held it up and smiled, then put it in his pocket as if he had found a great treasure. How absurd! What need did this man have for a single penny? Why would he even take the time to stop and pick it up?
Throughout dinner, the entire scene nagged at her. Finally, she could stand it no longer. She casually mentioned that her daughter once had a coin collection, and asked if the penny he had found had been of some value.
A smile crept across the man's face as he reached into his pocket for the penny and held it out for her to see. She had seen many pennies before! What was the point of this?
'Look at it.' He said. 'Read what it says.' She read the words ' United States of America '
'No, not that; read further.'
'One cent?' 'No, keep reading.'
'In God we Trust?' 'Yes!' 'And?'
'And if I trust in God, the name of God is holy, even on a coin. Whenever I find a coin, I see that inscription. It is written on every single United States coin, but we never seem to notice it! God drops a message right in front of me telling me to trust Him? Who am I to pass it by? When I see a coin, I pray, I stop to see if my trust IS in God at that moment. I pick the coin up as a response to God; that I do trust in Him. For a short time, at least, I cherish it as if it were gold. I think it is God's way of starting a conversation with me. Lucky for me, God is patient and pennies are plentiful!
When I was out shopping today, I found a penny on the sidewalk. I stopped and picked it up, and realized that I had been worrying and fretting in my mind about things I cannot change. I read the words, 'In God We Trust,' and had to laugh. Yes, God, I get the message.
It seems that I have been finding an inordinate number of pennies in the last few months, but then, pennies are plentiful! And, God is patient.. 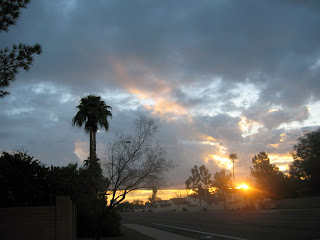